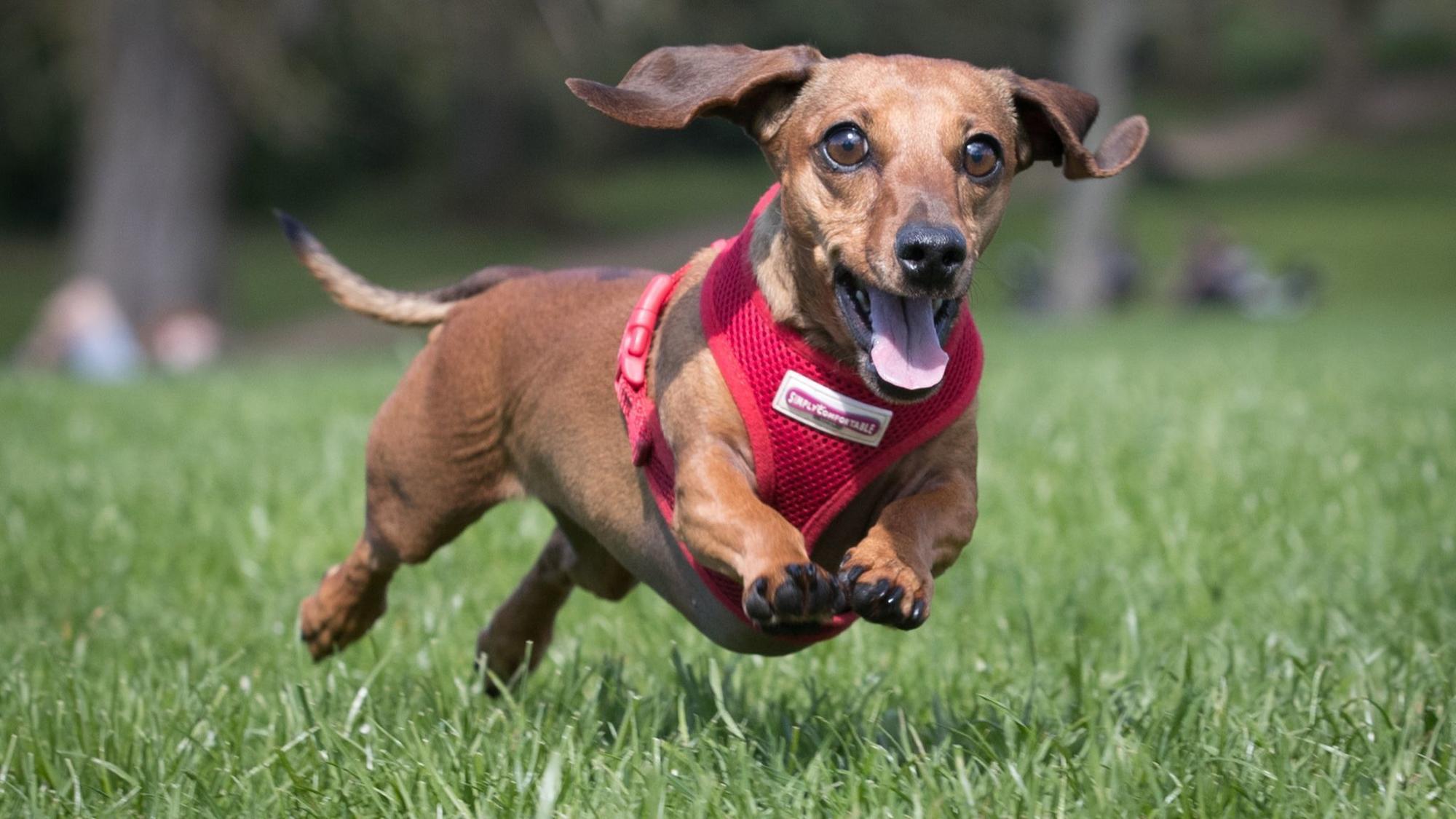 If your wiener dog feels the need for speed, comes from an impressive blood line, or just dresses well enough to come in last and still merit a photo finish, feel free to enter them in the second annual Dachshund Derby!  From adults to fresh puppies, all wiener dogs are welcome to participate. The derby will pit all of the registered dachshund pups against each other in a timed race from one end of a grass track to the other.

Even if you don’t have a dachshund of your own, the sight of dozens of cute pups dashing for glory is a great event you won’t want to miss!

What: A race from one end of an enclosed grass track to the other.

The March of the Dachshunds If racing isn’t your wiener dog’s thing, your pup can also join us in the opening ceremony march which kicks off the festival on Friday, September 17. The line-up begins at 2:30pm at Canal Park Lodge, and step off is at 3pm. The march includes live music, a golden keg tapping ceremony, the official Festmaster and Frau, and, of course, the march of the dachshunds. Pups can don their favorite costume or simply come as they are. And, just like Munich’s Oktoberfest, a queen and king will be crowned based on which pup has the best costume. Registration is FREE – to register, click here.

REGISTER FOR MARCH OF THE DACHSHUNDS HERE